An American In Paris

An American In Paris

As a mother of two, I am always seized with guilt when presented with an opportunity to travel without my kids, for work or pleasure. There should be a word for that unique biological clock that parents of adolescents keep. It beats to the tune of, “how many years do I have left with them under my roof? How many more Spring or Summer Breaks will they actually want to spend with us? How many more moments do I get where the door to her room is left wide open?” Years of late nights at work have already kept me from them, and they tend to remind me of the dinners and tuck-ins and read-a-louds I have regularly missed.

So when I recently received an invitation to Haute Couture SS20, I was both thrilled and riddled with guilt. How can I travel without them when I want to suck all the meat out of their fleeting childhood? Is a trip to Paris to take in fashion shows, selfish and frivolous? Would it make me a better parent if I stayed home and was present for pick up and soccer? In a perfect world I could have brought them with me, as I have in the past, but they are older now and school commitments must be honored. Happily my husband talked me into it. We decided I could and should sneak away for three days. Call it a wrap gift to myself after a nine year run on “Suits”, where my character’s sartorial choices proved an invaluable education on the art of fashion and how it celebrates and empowers the modern woman. And who knows what I could bring home to my children both literally and figuratively. As Audrey Hepburn’s character in Sabrina said, “Paris is for changing your outlook, for throwing open the windows and letting in…La Vie En Rose.”

After a sleepless overnight flight, I pulled up to the intentionally under the radar exterior of Hotel De Pourtales. I was graciously ushered behind the grand red door at No. 7 Rue Tronchet, through the 19th century courtyard, and into a spacious and beautifully appointed suite with enough bedrooms to sleep every member of my family without sharing (brief pang of guilt again)! I was so taken with the art and architecture of the place that Antoine Bidan, the executive assistant manager, enthusiastically took me on a tour of the newly renovated property culminating in the two story Penthouse Suite with 360 degree views of the city. Le Madeleine, The Eiffel tower, The Opera House, and Sacré-Cœur were on full display. So naturally, as a self-described theatre nerd, I belted out a few of my favorite bars from Les Miserables to the surrounding neighbourhood before heading to my room for a power nap.

Next we headed off to our fittings. It was especially thrilling to head to The Valentino Atelier on Place Vendôme. I can still see the rack of options pulled for me, including a black sheath with the most delicate lace work and a voluminous bright green dress. We opted for a vibrant lavender two piece floral ensemble from prêt-à-porter SS2020 and accessorized it with badass black boots and of course a long teal cape, because when one is offered a cape the answer is always, ‘bien sur’! As a side note, when on Place Vendôme, it’s always a good idea to pop into The Ritz, admire the floral arrangements and tuck in to The Hemingway Bar for a drink.

That first night’s sleep, comes hard and fast on the day of arrival overseas. I was awakened at 5am by a call from my eldest daughter to say goodnight. We have an eight hour time difference. Though bleary eyed, I happily checked the parenting box, ‘yes, she still wants to say goodnight to me’. But I couldn’t fall back asleep, so it was time for my very favorite pastime, “the jet lag constitutional”. Paris of course is best enjoyed on foot and I’ve never had a walk in the city of lights that didn’t result in an unexpected bump into magic.

I slipped out the door and into the predawn flurry of commuters, and headed toward the white dome on the hill in the distance. Parents in Montmartre were scurrying their tiny back packed children to school, while looking effortlessly cool before sunrise. (I had a pang for my stroller sized kids, the ones who used to let me dress them in the euro style clothes I stocked up on when I baby-mooned pregnant in Paris…who is it that said “the days are long but the years are short”?)

I shook off the melancholy with a robust trot up the stairs to Sacré-Cœur. At the top, people waited quietly for the sun to pop up over the horizon, and as my heart rate slowed, my senses seemed to go into hyper drive. Was the smoke from the chimneys dancing for me? Could I smell bread baking? Who was singing/hypnotising me in the distance? I thought I’d do a quick peak inside the cathedral before heading off for a croissant, but when I stepped in, and the nuns were singing and I laughed to myself, they sounded like a choir of angels. I’d bumped into magic.

I spent over an hour wandering, looking at the art, and inexplicably missing my parents who would have relished this. They had sent me to Paris to visit my older sister as a gift when I graduated high school, always preferring experience over objects, and knowing me so well. When I finally stepped out of the church, a couple that looked roughly my age was standing on the cobble stones, silhouetted by the bright morning sky, kissing. I imagined they’ve been doing this for years. Cue the memories of trips to Paris with my now husband over the last twenty plus years- the coffee at Café Kleber looking at the Eiffel Tower at dawn on my 25th birthday; holding hands in the gardens at the Rodin museum; dressing up for ‘non-alcoholic’ drinks at the George V when I was pregnant; sharing fries at La Societe; marveling at the ceiling in the Hotel de Crillon; talking our way into the Musee D’orsay at closing to show the kids the giant clock and just one or two masterpieces; running hand in hand with them through Tuileries on the way to café LouLou; eating crepes at Creperie Beaubourg, as they ran around the fountain outside the Pompidou chasing the pigeons.

I did eventually snap out of my reverie, but held on to a very full heart, as it was time to get ready for the day’s couture shows. We elected to head out to Stephane Rolland in a black pant suit with a built in cape (I’m sensing a cape theme) that was accented with a huge gold chrysanthemum on the shoulder. Little did I know that walking across the Trocadero in front of the Eiffel Tower I would feel like I stepped out of or into The Matrix. Rolland’s glorious show taught me he is a master of simultaneous high drama and simplicity. The flow of the whole show, where models glided down the runway to music that seemed to morph with the tiny fluctuations of each piece of fabric, seemed a celebration of moon goddess energy. The dresses were fit for a queen, a dreamy bond girl, or Rihanna, and I was living for it.

We had five minutes to change into what may be my favorite suit to date. A black and white plaid, extra wide lapelled Alexandre Vauthier with an Elizabethan collared blouse. Over in the Grand Palais, we were in for a remarkable shift of gears. Music thumped as models rocked organza gowns and military jackets with harem pants, with the occasional show-stopping Philip Treacy head piece sprinkled in. With such a variety of looks on display, Vauthier was celebrating the myriad sides to today’s woman who cannot be confined to a single lane or single pair of sequinned sky- high boots.

The next day, in the car on the way to Valentino, I clutched my heavy linen wrapped invitation, and was struck by the sense that we were off to celebrate both the illustrious legacy of the house and the remarkable and unimagined ways Pierpaolo Piccioli is redefining it. I walked into the stunning Hotel Salomon de Rothschild and was immediately gob smacked by the location…the curving marble staircase, the ceilings painted with angels, the glittering chandeliers. When the lights dimmed, an ethereal energy took over and a few moments in I realized I was witnessing the height of theatre and culture, that moment when setting, location, costume, and music come together to create something that can never be replayed.  (Nevertheless, I pressed record on my phone, so I could show it to my daughters). It felt like a dream state with a mix of places and times. To me the pieces evoked the Vatican, the Grand Mosque, the Maasai Mara, Kyoto; the renaissance, the 1930’s, the distant future. Piccioli’s team did with his fabric what engineers do for master architects. It was stunning and surprisingly emotional. I later read that Piccioli said “couture is the stuff of dreams” and since dreams are the vehicle for our subconscious to process emotion, seems fitting that everyone I spoke to after, was incredibly moved.

After a glass of bubbly with the team backstage, my Cinderella moment was coming to an end. I had to head back to the hotel, pack up the couture beauties, gather the Michel Cluizel chocolates I purchased for my husband and the girls and check in for my early morning flight. I was tempted to stay another day…maybe pop into my favorite church, Église Saint-Merri, a peak into my favorite shops Christian Liaigre, Lanvin, Delvaux, Simone Perele. But the pull toward home was greater. I had stories to tell and plans to make for our next family trip.

Perhaps it was Pierpaolo’s homage to dreams and emotion, or perhaps it was just Paris’ spell that made me realize, I didn’t travel without my family. I carried them with me. I thought I set off to celebrate a career milestone and continue a never ending education in fashion, culture and history. But it was rather a continuing education in how to see, how to feel, how to honor the past while getting more deeply in touch with the present. It was a lesson in how to live.Published in Vogue Greece’s April 2020 issue. 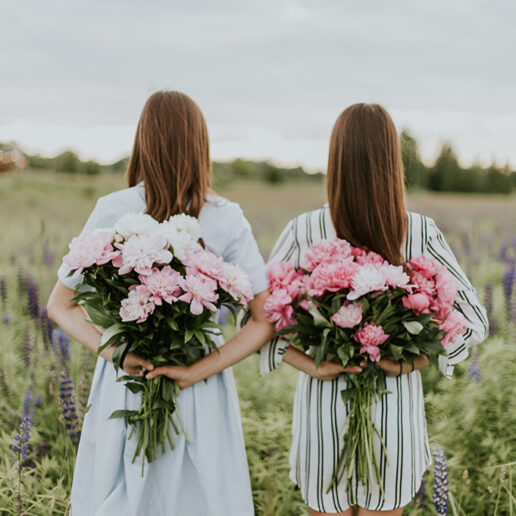 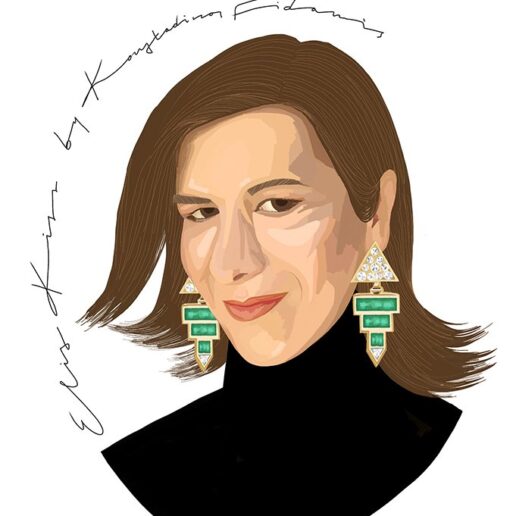 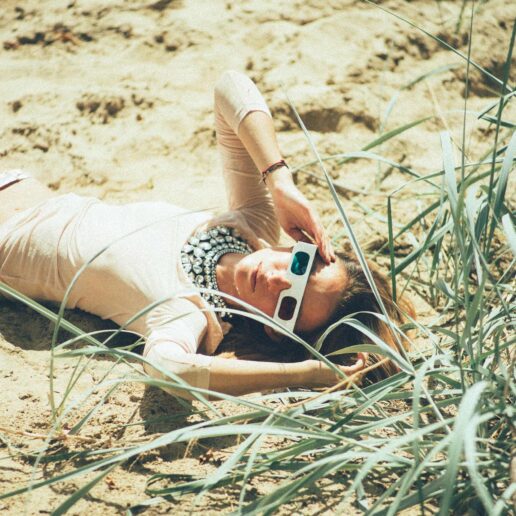